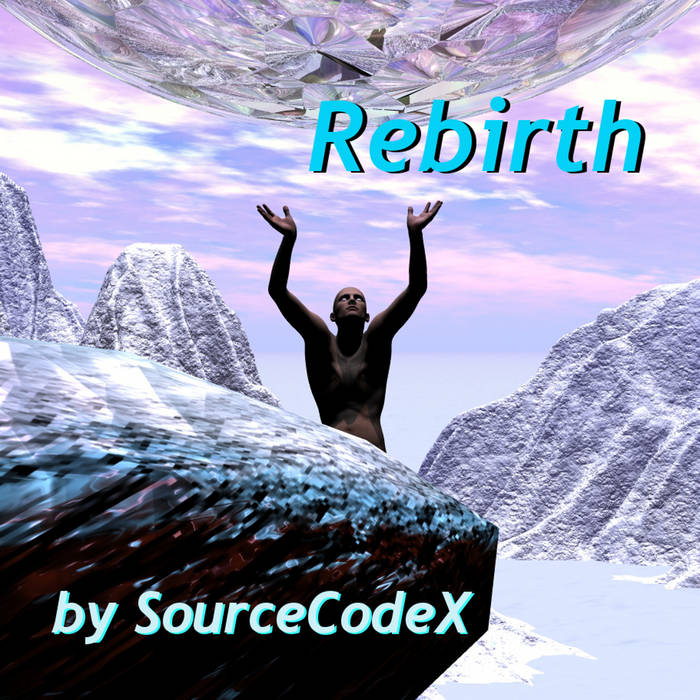 Each day for about 11 days I would open my DAW (Cubase LE4) on my computer, turn on one of two synthesizers and just start playing chord progressions until I felt empty and finished. I would then turn on my other synthesizer. I would hit playback of my earlier chord progression track and then I began improvising various sounds, notes or chords over the earlier track. So nothing on this release was planned. It was my soul just singing and answering itself on synthesizers — a live and unrehearsed event. When each two-part composition was complete — I saved it to a wav file and named it in the moment as what it seemed to be saying to me. I feel this is probably my most “pure” and cathartic release I have ever created.

I hope it brings the listener — a deep release of tensions and anxieties as it did for me as I created it. 😎👍🎼🎹

I had not recorded any music in over two years. One day the internal clouds began to part and within a few weeks all this healing music came forth. It reminds me in some ways of Chuck Wild and his wonderful Liquid Mind releases but my work differs in many other ways on some songs. My 89-year old, recently widowed mother listened to these pieces all day on repeat and enjoyed them. My wife says this is the best music I have ever released, coming out of deep pain and suffering. Some have said some of the pieces would be good for people being prepped and awaiting surgery to calm down. My mother said many pieces would work nicely as music playing for when the faithful are entering a sanctuary. What I do know is, I have poured my soul into each piece to make it a wonderful journey of peace and healing. This release would be great for massage therapy suites or for people battling grief, anxiety, or sleeplessness. Total running time of this release is a generous 79:35 length.

Janet T.
Hmmmmm . . .
I listened to Rebirth last night as I slowly enjoyed my meal . . . It was so calming and soothing. I appreciate (SourceCodeX) sharing it very much!

Andy and Donna F.
A melodic communication that soothes
We found this music very soothing. Sometimes it was like the language of the stars speaking to each other in their secret way, like the way whales speak to each other, the music seemed a conversation of God's creation communicating, the CD was very cohesive.

Fred W.
relaxation city
I put this music on to fully listen for the first time and I. fell right asleep. It is very effective and relaxing.

Larkin
peaceful
I am really enjoying the music. It is so peaceful.

John Shanahan of Hynagogue.net
Played softly, the warmth and quiet of Rebirth come through
. . . the music here is for the most part soft and slow, calm and meditative Patterson finds places to darken up the proceedings somewhat, as on “Winter Night,” where the requisite cold-wind sounds issue out of his synths. That sound effect carries over into “Northern Lights,” at which point Patterson goes a bit overboard with it.

. . . The core of Rebirth comes in a trio of longer pieces, “Daybreak on the Sea of Galilee,” “Clouds Parting Soon,” and the aforementioned “Winter Night.” They are all deep flows, “Clouds…” being the best of them. There is something very affecting in its bright patient tone.
Rebirth is probably better enjoyed at a lower volume. . . . Patterson doesn’t layer a lot of sounds at any given time. Much of the work here seems to come down to play chord, hold chord, move to next chord. His core sound set doesn’t change up much, either, so while the tone is consistent, it sometimes begs for a shift in sound. Played softly, the warmth and quiet of Rebirth come through. Pull out the “darker” tracks and this would make a good backdrop for meditation or massage..

Kyle McNeill joins the show to talk about his new project, Phantom Spell